BRITISH JUDO – CADET STRATEGY & 2017 PROGRAMME
British Judo Cadet Strategy – 2017-2021
In 2015 British Judo and all four Home Nation programmes reviewed the existing Cadet structure and developed a new strategy that aims to support the development of Cadet players with the technical skills and experiences to allow them to realise their potential as Junior and Senior players.The GB Cadet strategy is in synergy with the soon to be launched GB Trademarks Framework, an athlete develop framework that sets out the key technical, physical and mind-set skills and experiences needed to progress through the various stages in our pathway.
The fundamental components of the GB Cadet strategy are as follows: Focus on Ippon
The British Judo World Class Performance Programme (WCPP) has reviewed scoring data from Olympic Games and World Championships over the last 6 years, and it is clear that the ability to score Ippon in tachiwaza and newaza is a fundamental skill that the best players are able to demonstrate in competitions at the very highest level.
To reinforce the importance of technical development and prioritising technical development the ‘Ippon League’ was launched in 2016. The Ippon league and key identified competitions was used to support the identification of players for the European Cadet Championships and the GB Futures Japan training camp.
There will now be  ONE lists made available by Judo Technologies: 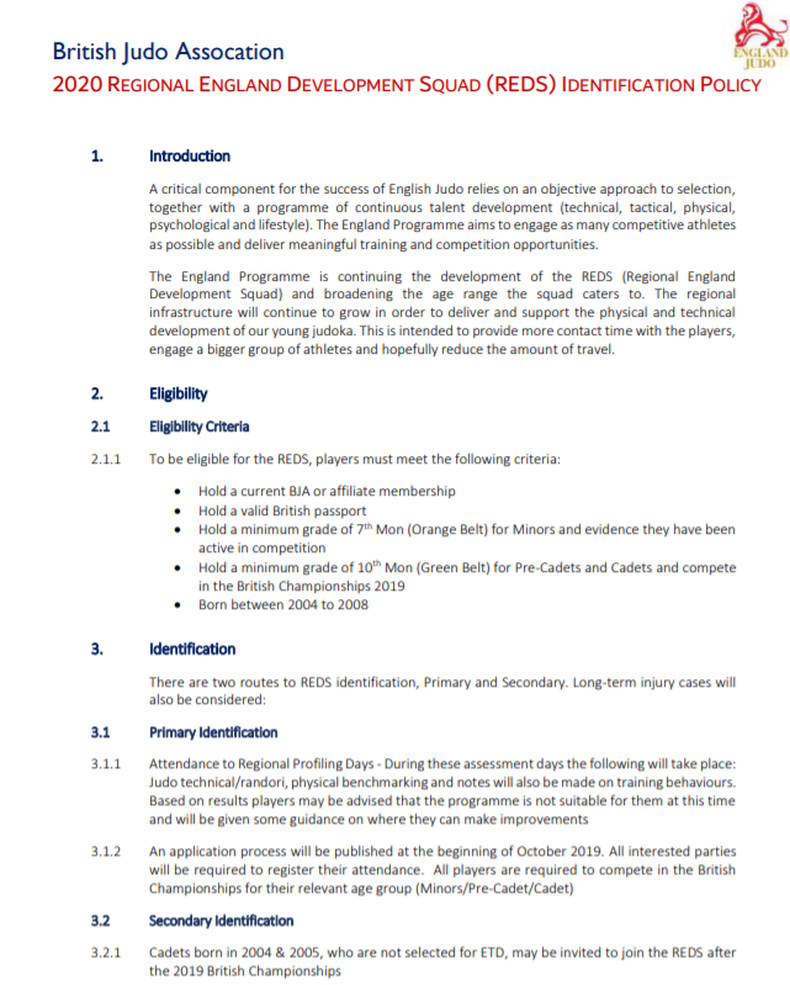